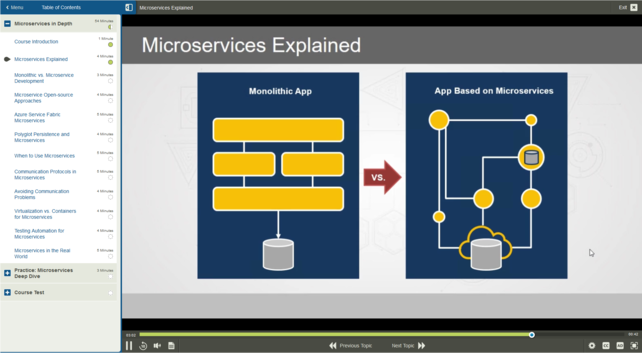 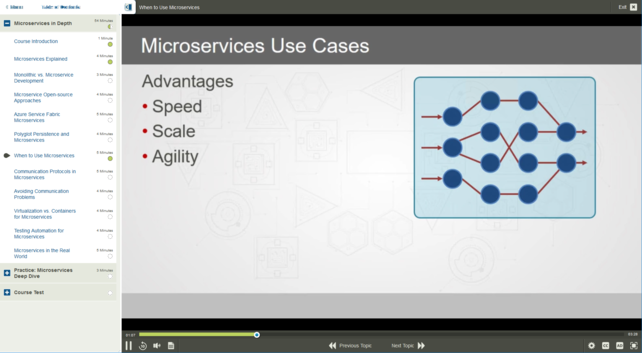 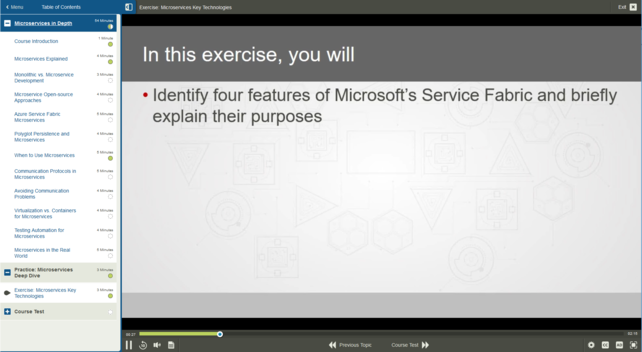 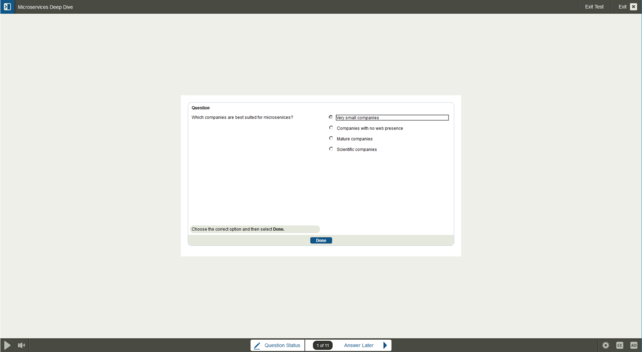 recognize the key technologies and features used to create microservices

describe the pattern areas recommended for use with microservices
Microservices and Netflix
Netflix Microservices Architecture
start the course
describe how Netflix applies microservices to its solution architecture
list and describe the various tools provided in the Netflix OSS
recognize how the plugins provided by Nebula are used
describe the key aspects of Spinnaker and its use
define how client-side service discovery via Spring Cloud Netflix Eureka works
list the key features of the Netflix Ribbon library
describe the kept features of Netflix Archaius
detail the use of containers in Netflix
describe how Zuul provides dynamic routing, monitoring, resiliency, and security
recognize the role of Conductor in orchestrating various pieces of the Netflix puzzle
recall how event sourcing works for Netflix downloads

describe some of the key microservices used in Netflix

Microservices in the Real World

recognize some of the current and future trends in microservices development